Sharing our faith with those we encounter each day is an important part of our Christian witness. One way we live out this witness is by the places where we gather to celebrate our faith-a witness beacon to all who want to share the good news of Jesus Christ. 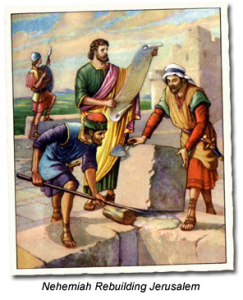 Over one hundred and fifty years ago, the faithful of St. Paul’s made a decision which still affects our church family today. With great foresight, prayer and sacrificial giving, the members began a process that led to the building of one of the most beautiful churches in our city. Wilmington was a changing community, and our forebearers of the Gospel met the challenges of the time. They did more than build a structure; they responded to the Great Commission of Christ to “Go” and “make disciples.” Generations that followed have done their part in advancing the causes of Christ and his church. New and improved facilities have been added to that first structure in order to enhance and enlarge the mission of St. Paul’s.  We are dedicated to remaining a vibrant church in downtown Wilmington continuing the traditions that were founded in faith. Throughout St. Paul’s history, God has called upon one or more of our generations to come together and prepare His places and spaces for His future discipleship work. Now is one such time in St. Paul’s history. It is our turn to respond to the call of Christ, and to see the many wonders that God has planned for us. Through hope, faith, and prayer, St. Paul’s will live up to its heritage by glorifying God and serving the needs of God’s people in the 21st century with the same active faith as it did in the 19th century. Just as our forebearers did for us, we are forging the future for those to come.

In February 2008 the Congregation approved a Master Facilities Plan for the next 50 years that would have replaced Keever Hall and the Administration buildings. A two million dollar capital campaign was conducted to implement Phase I of the Plan that would have replaced the Administration building with a new multipurpose building. At the end of the Capital Campaign in April 2008, the Council decided that the funds received and pledged were not enough to implement the proposed plan.

In August 2008 the Council authorized the formation of a team to make an assessment and formulate a new action plan for going forward with planning for the Congregation’s future building needs. In January 2010, the team delivered its report to Church Council. After much consideration and deliberation, the Council moved at its July 2010 meeting to take the follow action:

Authorized the development of a new long-range mission-based space plan that:

Instructed that no new plans would be approved or implemented without appropriate approval by Council and the Congregation.

Authorized up to $20,000 from the Capital Campaign account to fund architectural and engineering services. No funds are to be used from St. Paul’s regular operating and investment funds.

Named the combined building the Discipleship Center to be dedicated to the glory of God in honor of the past, present and future disciples of St. Paul’s.

Requested a notification and resolution plan with respect to those who contributed and pledged monies toward the Phase I Capital Campaign.

Authorized the formation of the Nehemiah Team to develop and manage implementation of any approved plans. Lee Weddle was asked to be the Team Leader and to begin recruiting members of the Team as needed.

The Nehemiah Team is now forming and looking for volunteers to serve. The Team will most likely be going about this project in four phases:

This will be the space planning phase. The goal will be to determine what kind of space we need, how much do we need, where should the different space needs be located in relation to all the others, how can the plan be broken down into smaller projects and in what priority should these space needs be met. Any proposed Plan will require Council and Congregation final approval.

This phase will begin after approval of a master plan by the Congregation to develop a construction and funding plan for the first space project detailed in the master plan. How much will it cost and how will we pay for it will be the challenges faced in this phase. The construction and funding Plan will be submitted to Council and the Congregation for approval before moving to the implementation phase.

Phase three will be the implementation phase when we select our contractor(s), decide what work we can do ourselves, secure funding and begin construction for whichever project(s) is authorized by the Congregation.

In this phase we give thanks and praise to God for all He has done to bless us with His guidance and provision during our planning and work. A special dedication and praise service will be held to name the reconstructed and combined building the Discipleship Center with a plaque that reads: “Dedicated to the Glory of God in honor of the past, present and future disciples of St. Paul’s Evangelical Lutheran Church”.

We are now asking our members to be giving thought and prayer to how they might want to serve God through the Nehemiah Team. A form has been prepared that will be made available through the Epistle, bulletin inserts and is posted on this web site here: